Savor the flavors of Beloit

Beloit is bursting with flavor! Our residents and visitors indulge in a wide variety of supper clubs, grills, steakhouses, authentic Mexican and Italian restaurants, and many other Beloit originals. 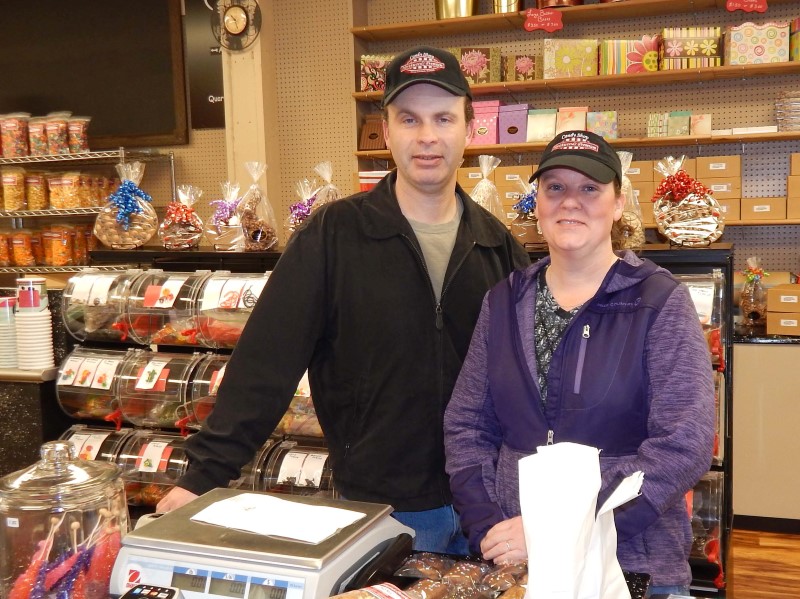 Teala and Scott Lamoreux loved visiting the popular Beloit’s farmers market so much, that they decided to relocate their business, Northwoods Premium Confections, from Rockford to Beloit two years ago. And it didn’t take long for the couple to adjust to their new location at 314 State St. Sales are up, and new customers arrive daily to buy confections, fine chocolates, gourmet popcorn and other treats.

In fact, the Lamoreuxs love Beloit so much they also decided to move to town to be closer to their business and all that Beloit has to offer. “We fell in love with the area,” says Teala. “Beloit is a quaint town with a beautiful riverfront. There’s so much to do here, and the people are amazing. It doesn’t matter whether it’s a sunny or rainy day; everyone in Beloit is nice and courteous.

“The first day we opened was on Valentine’s Day. Other business owners were out front clapping, and cars were stopping. I looked at my husband and said, ‘Is this for real?’ It was a made-for-TV moment. The atmosphere and ambience here is wonderful.”

Did someone say chocolate!? Read more. 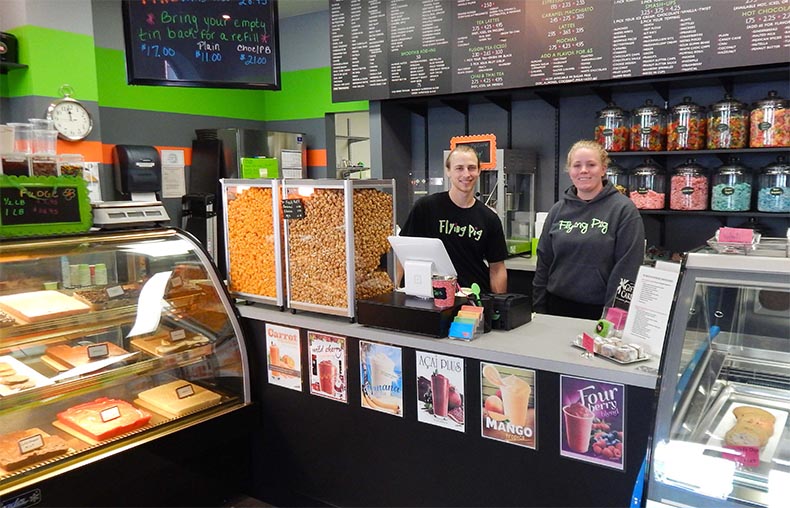 The Flying Pig, a popular treat shop known for its many shaved ice flavors and toppings, opened its doors in downtown Beloit in November 2014. “We wanted to expand and thought downtown Beloit would be the perfect spot,” says Lisa Dodd, who owns the business with husband, Greg.

Dodd estimates there are somewhere between 85 and 100 different flavors displayed on the menu board, including sugar-free options. It’s the staff that typically comes up with the ingredients and whimsical names for the various options such as The Mess, Jamaican Me Thirsty and Wango Tango. Polar Bear Gone Wild combines margarita, mango, polarpunch, and raspberry flavors, while Wonder Woman is a mix of red and blue cotton, candy and wedding cake. “The possibilities are endless,” Dodd says. “You can combine just about any ingredients.”

The staff, which includes four full-timers and several part-timers, makes everything onsite daily – from cookies to fudge to gourmet popcorn. “We use many of the same ingredients in the items we offer,” says Dodd. “We’re always adding new flavors all the time.” 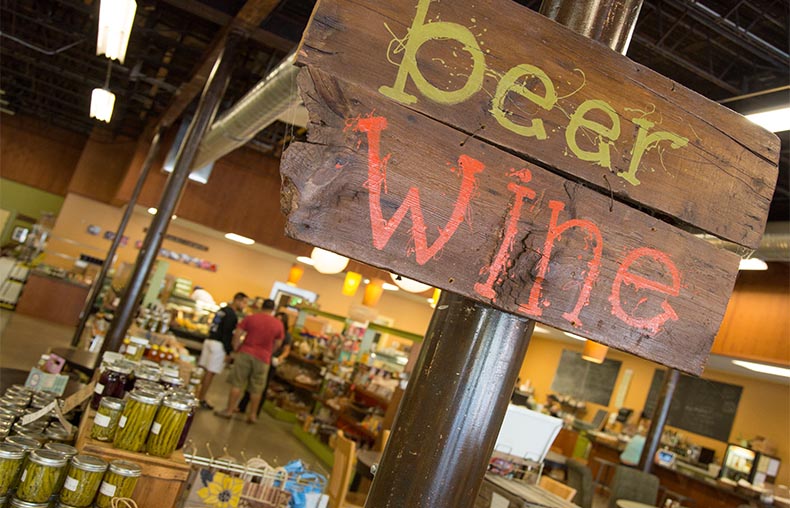 Nine years ago, Jackie Gennett and Rich Horbaczewski of Grass is Greener Gardens, an organic farm located in Monroe, started selling eggs, lamb and chicken at the weekly Beloit Farmers’ Market. Little did they know it would open a whole new world for their business right here in downtown Beloit. The business partners are owners of the popular Bushel & Peck’s Local Market, 328 State St., which opened in 2008. The restaurant and market features local and regionally-produced organic foods and products that have attracted customers looking for healthy options.

“Six years ago, organic food wasn’t thought of like it is these days,” says Gennett. “Bushel & Peck’s has brought a healthier fare to the masses.” When the City of Beloit sent out a request for proposal to develop a full-service specialty grocery with a focus on farmers and producers, Gennett and Horbaczewski stepped up. They spent three months rehabbing the former Woolworth building before opening in July 2008.

“It’s not just about just transforming downtown; it’s about improving the image of the community,” Gennett says. “It’s about taking one step at a time. The City of Beloit was strategic in convincing us to open. Our business has given others the confidence to move in to other downtown locations.” 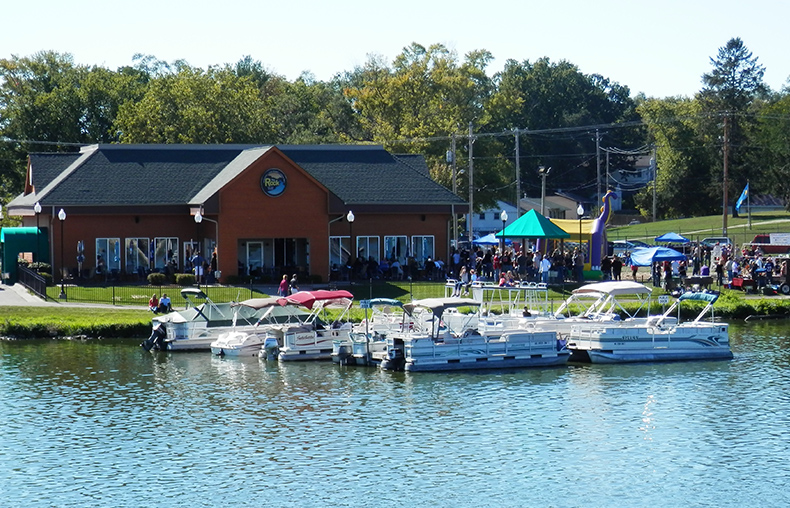 THE ROCK BAR AND GRILL

Looking for a fun place with good food and an excellent view of Beloit? Check out The Rock Bar and Grill, situated on the banks of the Rock River in Beloit.

“We have one of the best views in the city,” says Barb Lervik, crew trainer for the restaurant. “On nice, sunny days you can see jet skiers, fishing boats and pontoon boats on the river.” The scenic riverfront location makes the Rock Bar and Grill the ideal place for company picnics, class reunions, birthday parties and other special events. Boaters can pull up right to the restaurant’s private docks. In addition, there’s outdoor patio seating and Tiki bar, a music stage, sand volleyball courts, beanbag boards, pavilion and a pontoon boat available for rent. The private docks are available for slip rentals.

The 615 Club has been a Beloit landmark since 1936. Located at 615 Broad Street, the popular Wisconsin Supper Club is located just three blocks from the Beloit College campus. “The 615 Club has always had its place in Beloit history,” says Gregg Hatley, who along with his wife, RayAnn, are just the sixth owners of the restaurant’s proud history. “I just wanted a place that speaks for itself. It was here way before me and I’m proud to own it.”

The Hatleys bought the supper club seven years ago. For eight months, they worked tirelessly until 2 a.m. every morning, renovating and expanding the restaurant, which is located in an early 20th-century house. The renovation included adding 1,500 square feet of new space, which has doubled the restaurant in size, allowing more space for special events such as corporate dinners, business meetings and larger celebrations. “The restaurant is more versatile than before,” says Gregg.

One look around Merrill & Houston’s Steak Joint, 500 Pleasant St., and Beloit’s rich history comes alive. “It’s a tribute to our city’s past and the industry leaders who created Beloit,” says Jayme Braatz, the restaurant’s general manager. “We want people to feel like they can really connect with Beloit.”

Merrill & Houston’s opened in July 2012 in the Ironworks Hotel, after more than a year of extensive construction to both the hotel and restaurant by its parent company, Hendricks Commercial Properties. The restaurant is named after Orson Merrill and George Houston, who founded Merrill and Houston Iron Works in 1858. It was later named Beloit Ironworks in the 1880s and eventually renamed the Beloit Corporation.

“It catches your eye,” says Braatz. “Driving through downtown Beloit and you see this gorgeous renovated building with everything from painted brick work on the exterior, to the walls inside adorned with old photos from Beloit. Whether you’re from Beloit or simply passing through, there’s a remarkable building, with uncompromising services and amenities.” 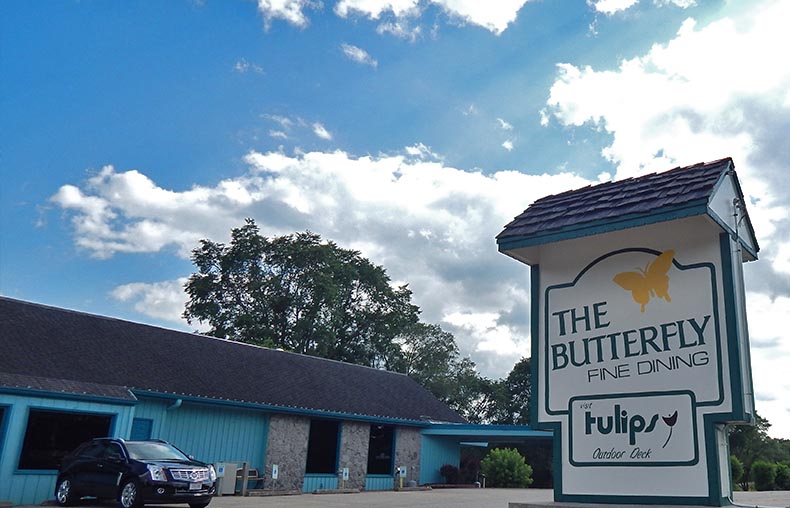 The Butterfly Club is another Wisconsin Supper Club in Beloit that offers sensational food, an inviting atmosphere and keen attention to service for its popularity. “It’s a beautiful thing to have a supper club like The Butterfly Club,” says co-owner Mike Sala. “People like to come here to have a good time.”

The restaurant’s rich history dates back to 1924, when Hal and Mae Sherburne opened the Butterfly Tea Room, named for the yellow and white butterflies in the nearby field of the Town of Turtle. Over the next several years, the restaurant exchanged many hands, and eventually became known as The Butterfly Club. During the 1950s, a new kitchen, dining room and picturesque cocktail lounge, featuring live entertainment, was built and seating grew to 250.